We have managed to secure an extra date at Croft Circuit on Friday 28th July, only 50 places will be available so book now to avoid disappointment. 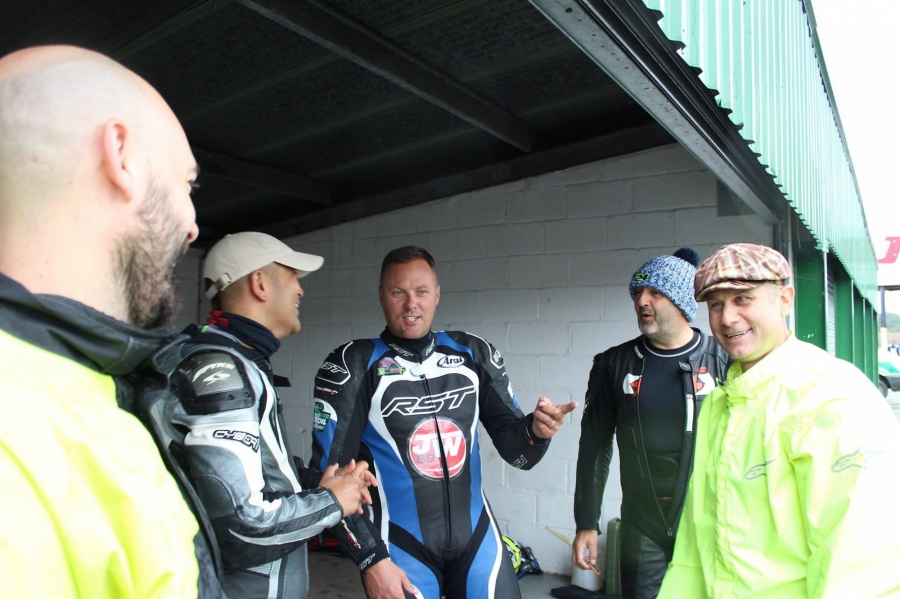 I have learned recently that you can not control everything. The weather is definitely out of my control and yesterday at Mallory Park it was wet. We had a big contingent from Suzuki GB who were riding the standard GSXR1000 against the R version which has upgraded suspension, auto blipper, quickshifter, lean angle sensitive ABS, launch control and a few other goodies. 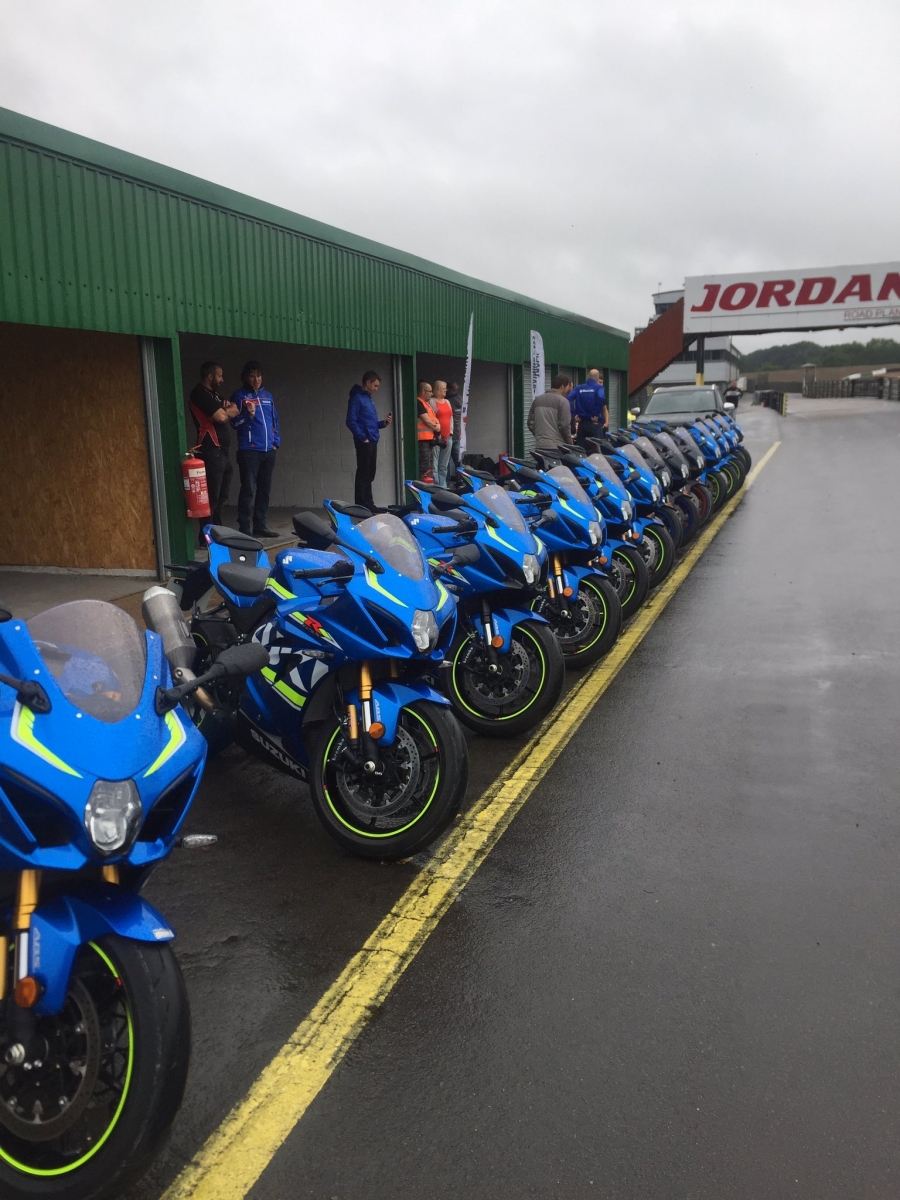 Mostly riding from Suzuki were their top sales people from dealers around the country trying out the bikes so that they can talk from experience about why you should part with the extra £3k for the R version. John Reynolds, Taylor Mackenzie and Richard Cooper were looking after them while James, Steve Brogan and Dan Linfoot coached the other riders. I think testament to the new GSXR was the fact that despite being on a performance Road/Track crossover tyre not one person dropped a GSXR all day despite the rain and wet track. The ABS and Traction Control must work then! A few of our other customers had low side off's but nothing serious and no serious injuries. I often get worried, potential, customers asking about track training in the wet on their road bikes. You just ride according to the conditions, if you want to push on obviously there is a risk, as there is in the dry. But, you don't have to push. Our instructors will never put you under pressure to move outside of your riding comfort zone unless you want to. 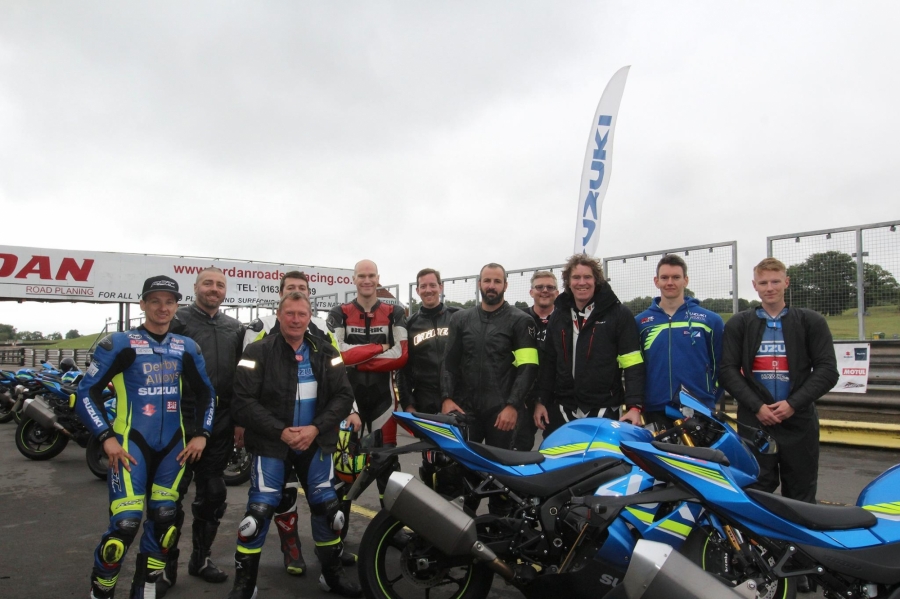 Only one rider chose not to go out in the wet yesterday, that is also not a problem on our days, if there are a few people not riding we can dedicate an instructor to do some classroom theoretical work.

As usual the feedback from the riders was great despite the weather everyone seemed to get something out of it and it was almost dry for the last couple of sessions of the day.

Next Tuesday and Wednesday we are at Anglesey with a better weather forecast and I am looking forward to getting on track and doing a few laps after my disaster at Scarborough, James, Steve Brogan, James Westmoreland, Jenny Tinmouth, Dean Harrison and Taylor Mackenzie will be coaching. The GSXR600 is getting a head gasket and a good look over by Gav Littlewood at Race HQ in Leeds and I'll be riding a stock 2010 Fireblade I just bought (Sorry Suzuki it was a bargain) which I have also entered in the open at the Barry Sheene meeting at Olivers Mount!  Blade kindly modelled by Dan Linfoot, appropriately it is a Linfoot replica. 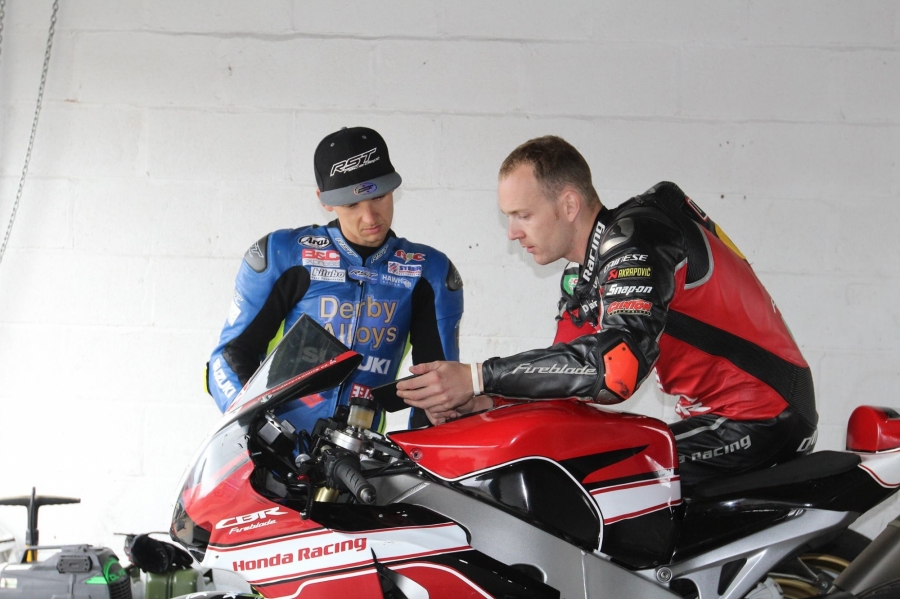 Good luck to all our instructors at Snetterton lets hope it is dry and we don't get any more injuries. Drinkie