Jenny rang in sick today so James just had to put his leathers on and coach. I am not entirely sure if they didn't cook this scheme up so James could get out and do his thing. He just happend to have all his kit with him despite the fact that with all the chemo stuff in his body a crash could have been very bad news for him. He said at the briefing "God must want me to ride as Jenny isn't coming". (He's an atheist) Once a risk taker always a risk taker!

James and Dean took the steadier group today, you could not find two blokes who like to talk more than this pair Dean even complained he could't get a word in. There's a first time for everything. 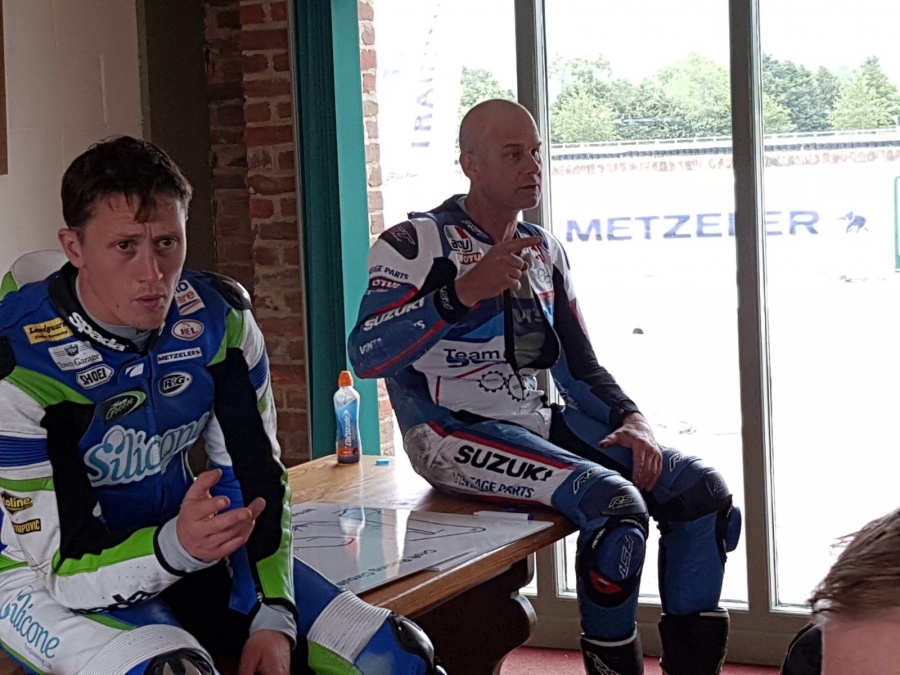 We got a stack of new tyres from Mezeler today, spot the subtle branding in the back of this photo. Thanks Metzeler we love your racetech tyres, consistent predictable grip. 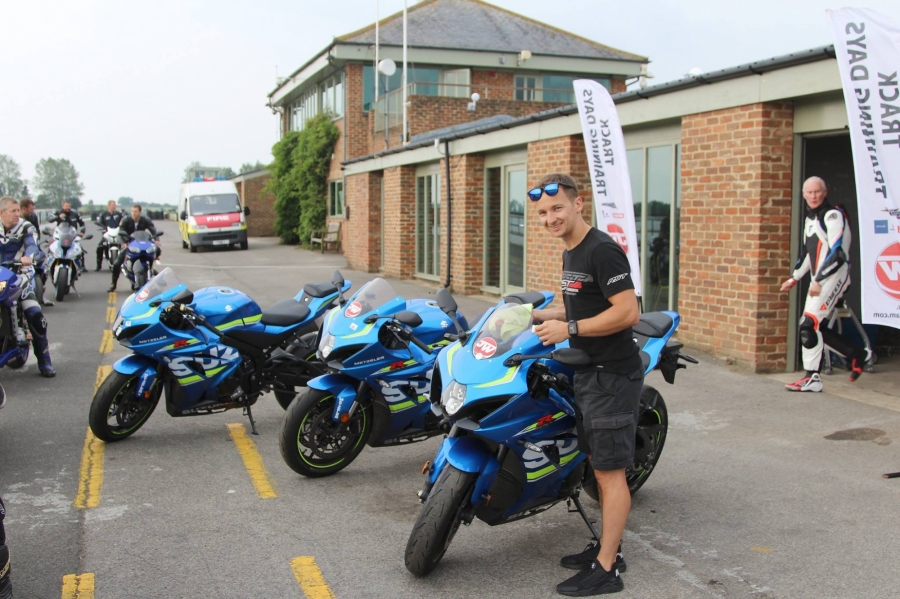 Steve Brogan took the smaller fast group. Oh yes another man who can talk for England, in a good way. Steve's doing a great job looking after a couple of up and coming riders in BSB at the moment as well as coaching for us. The weather was good and everyone had a great day.

Today I learned not to run your bike onto the grass if your brakes are locking on lol. Only at about 10mph mind you, I thought I'd better get the bike off the live circuit, as soon as I made the decision I realised the lack of grip would lock the wheel. I told you we tested the R&G stuff. No harm done, better to find the problem today than at a race meeting.

Me and Dean are racing at Olivers Mount Scarborough at the weekend. He'll be at one end of the field and I'll probably be at the other. It's about taking part though right? 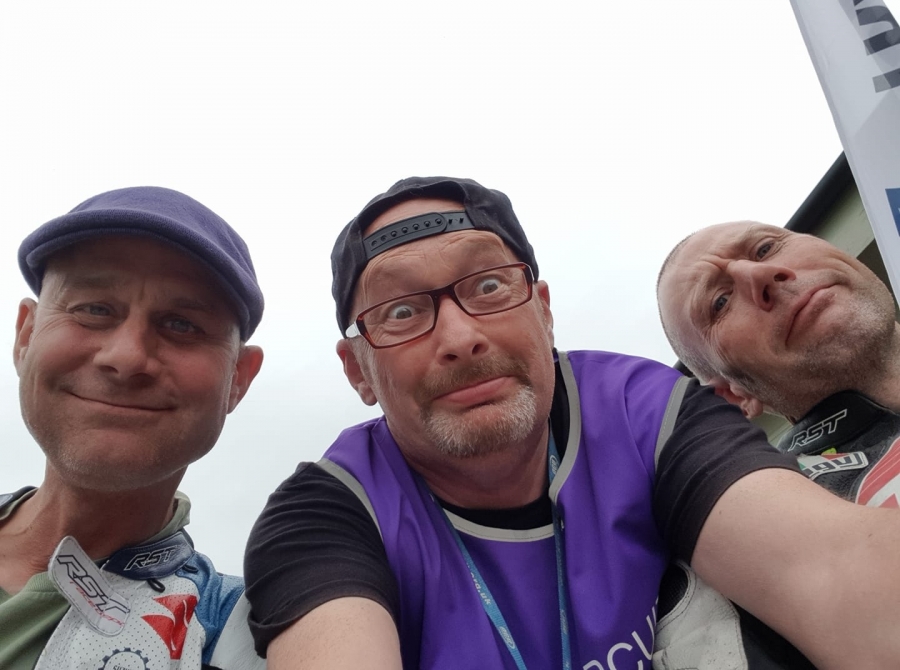